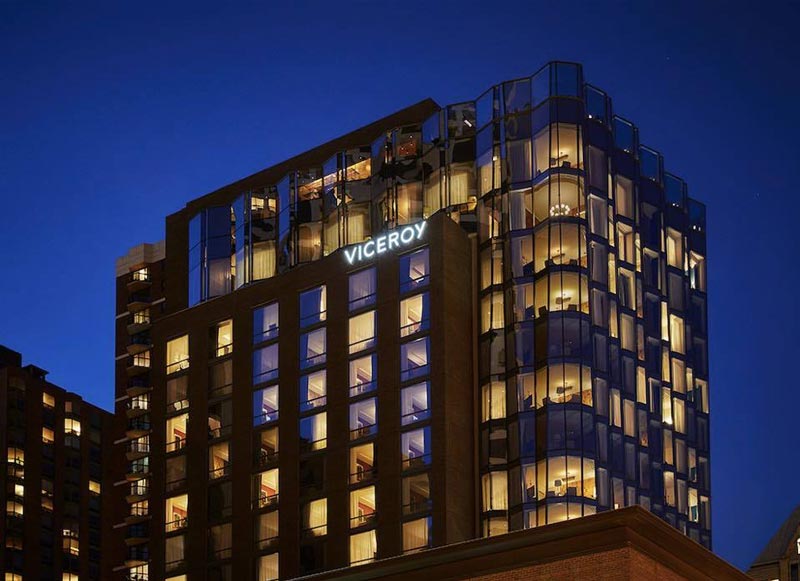 Nestled in the historic Gold Coast district of Chicago, the Viceroy Chicago opened in 2017 on the site of a 120-year old building. Hostar International is proud to be part of the team that made the opening such as smashing success!

The Viceroy Chicago is located on State Street and just blocks from the beach and Lakefront Trail. Sporting an impressive 180 rooms, including 18 suites, the Viceroy Chicago is the peak of luxury. Floor-to-ceiling windows give a sense of intrigue and adventure to this heart-of-the-city hotel.

The ProHost® housekeeping system from Hostar was chosen by Viceroy Chicago to maintain an air of luxury. The ProHost® boutique hotel solution streamlines the distribution of linen, terry, amenities, and supplies. The luxury solution allows Viceroy Chicago to manage high occupancy and fast-turn challenges while maintaining a cartless appearance in guest hallways. Each room attendant is provided with a 20S Boutique Cart which is placed inside the guest room during cleaning. Backup linen and terry are held in the housekeeping service closet in a 56R Reserve Cart.

Hostar is a solutions provider for housekeeping as well as food and beverage departments in hotels across the world. Using custom carts and a highly-efficient organizational system, Hostar helps hotels organize their departments more efficiently and save money. Since 1989, Hostar has serviced hotels as small as 150-room luxury boutiques and as large as 3,000 room properties.

To learn more about the ProHost® System and how it can improve your operations, please contact Andy McCabe at amccabe@hostar.com or visit Hostar.com today.